On July 12, 1943, under the leadership of Regional Director, Soror Minerva Johnson and National President, Soror Elsie Austin, life was breathed into the Alpha Tau Sigma Theta Sorority, Incorporated in Orangeburg, South Carolina. The late Sorors Rosamond Alston and Helen W. Sheffield were the architects of Delta in Orangeburg for the graduate and undergraduate chapters.

The first group of sorors and initiates to join in the new chapter were:

During the 23rd National Convention in New York City, August 14-20, 1954, delegates recommended and voted in the affirmative that hereafter a graduate chapter shall be designated as an alumnae chapter and identified according to the community in which it is located. In keeping with the policy of Grand Chapter to designate non-campus based chapters by county, city or area of chapter location, the name was changed from Alpha Tau Sigma to Orangeburg Alumnae Chapter.

Since 1943, the Orangeburg Alumnae Chapter has increased from five charter members to over 200 members in 2009. Many chapter members have been recognized as leaders in community activism, athletics, business, education and scholarship, media and literature as well as in government. Members have excelled in these roles at the local, state, and national levels.

Over the years, the chapter has established programs to provide public service initiatives based upon our sorority’s Five-Point Programmatic Thrust: (1) Economic Development, (2) Educational Development, (3) International Awareness and Involvement, (4) Physical and Mental Health, and (5) Political Awareness and Involvement. Through its local and national programs, the chapter continue to fulfill our Founders’ dreams of achieving excellence, providing scholarships and rendering public service to the community.

Orangeburg Alumnae Chapter has been recognized for its’ “commitment to serve” by many community organizations. Several awards, certificates, plaques and trophies have been received throughout the years. Members were thrilled to receive a $500 award shared with Sumter Alumnae Chapter, a Lawry Certificate of Excellence from Lawry Foods.

Intelligence is the Torch of Wisdom

Delta Sigma Theta Sorority, Incorporated is a private, not-for-profit organization whose purpose is to provide assistance and support through established programs in local communities throughout the world. 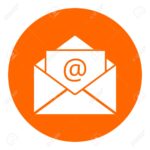 The members of the Orangeburg Alumnae Chapter of Delta Sigma Theta Sorority, Inc. thank you for your interest!  Please feel free to contact us at: Email: info@orbgalumnaedst.org Social Media: Facebook:… 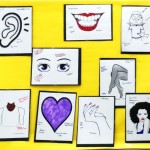 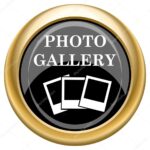 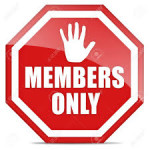 There is no excerpt because this is a protected post.

Delta Sigma Theta Sorority, Inc. is a private, non-profit organization whose purpose is to provide assistance and support through established programs in local communities throughout the world.

The Sorors of the Orangeburg Alumnae Chapter thank you for your interest! Please feel free to contact us.

Use footer widget 4 for google map.